Corporate fundamentals are at the center of the game

Over the last decade, easy financial conditions encouraged an increase in sovereign and corporate debt. Indeed, the leverage of American companies has reached record high levels and US corporate debt has been used for financial risk-taking to fund corporate payments to investors, as well as for mergers and acquisitions. At the opposite, the leverage of European companies has remained at low levels as European companies have remained more cautious over this cycle. In 2019, we have evolved in a new regime: the global economy has entered a synchronized slowdown and major central banks have returned to an easing stance. What are the risks for companies in this new context? We are following closely:

Central bankers have been the main player in town for the last decade. They have done a great job regarding financial stability but they failed to significantly stimulate investment spending and to bring inflation back to 2%. At the same time, easy financial conditions encouraged an increase in sovereign and corporate debt. Indeed, corporate debt has risen, and has been used for financial risk-taking to fund corporate payments to investors, as well as for mergers and acquisitions, particularly in the United States. In this note, we will assess the risk of corporate debt while we have evolved into a new regime:

This cycle was marked by a sharp increase in corporate debt

The growth in the size of the corporate debt market has been accompanied by a steady decline in overall credit quality both in Europe and the US. BBB-rated debt now accounts for around half of the whole investment grade market. However, explanatory factors between the two zones are different.

Indeed, the balance sheet of American and European companies has followed different trends over the past decade:

After a sharp deterioration in recent quarters, global growth is expected to come out at 3% for 2019. The weakness in growth is driven by a deterioration in manufacturing activity and global trade, with higher tariffs and prolonged trade policy uncertainty damaging investment and demand for capital goods. At corporate levels, these trends have resulted in a slowdown in sales and capex growth for a majority of issuers. Indeed, capex growth correlates closely with revenue and profitability trends. The decline was more pronounced in the energy, utilities, materials and industrial sectors. At the same time, the easing trend of most central banks has supported the search for yield and investors’ appetite for credit. Euro and US Investment Grade credit experienced strong activity in the primary market and corporate borrowing remained high for most companies. Let’s take a segmented look at the latest changes and challenges ahead.

1. US Investment Grade: companies were once again leveraging up in Q3

Our convictions: our greatest concern on the US IG segment is the high level of leverage. Unless earnings growth accelerates, companies will have to make a trade-off between maintaining share buybacks and the stability of their debt. Moreover, the risk at this stage of the cycle is a change in the story. During this cycle, the rise in the leverage of American companies was mainly driven by debt growth. In the future, the increase in indebtedness could also be the result of a slowdown in earnings growth.

2. US High Yield: stabilisation in recent quarters but high level of vulnerability for B and C rated issuers

Our convictions: We have no major concerns about the fundamentals of European investment grade companies. There is still no evidence of broad based re-leveraging. However, at this stage of the cycle, the weak profit growth picture is a limiting factor in improving the balance sheet of European companies

4. Euro HY: stable picture for BB but higher level of vulnerability for B and C

Our convictions: as for US HY, our main concern is the debt service capacity for low-rated issuers. There is no significant difference in terms of credit metrics between Euro and US HY. However, the HY structure is more defensive in Europe than in the US. BB account for 71% of Euro HY versus only 50% of US HY.

There is no maturity wall. The corporate bond market has benefited from the “hunt for yield,” with rates on government debt securities at or near all-time lows – and even below zero in many places such as Europe and Japan. Strong demand for credit coupled with strong activity on the primary market enabled companies to refinance their debt and extend their maturity profile.

However, the level of refinancing needs has significantly increased in recent years. Given the size of the current outstanding stock of corporate bonds, companies, especially in the US, are facing record levels of repayment requirements in the coming years. As of December 2018, companies in the US need to pay or refinance USD 2.9 trillion within 3 years. \

We maintain an up-in-quality bias. Selective pick-up in B.

The stabilization in the macro backdrop coupled with strong technical support will likely prolong the cycle for higher quality issuers. However, risks remain skewed to the downside and the outlook for weaker credit quality remains challenging in our view. We think 2020 will continue to test the most growth-sensitive segment as earnings are unlikely to experience a strong rebound. We maintain an up-in-quality bias with a selective pick-up in B for valuation reasons. We see a sustained decline in earnings as the main risk factor.

Unless otherwise stated, all information contained in this document is from Amundi Pioneer Asset Management (“Amundi Pioneer”) and is as of November 4, 2019. 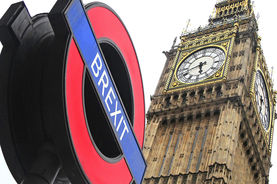 A Brexit deal: probably, but not just yet

The essential Risks of a no-deal Brexit have receded materially over the past few weeks.

Central banks have confirmed the shift to accommodation 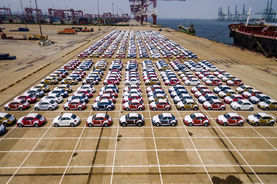