Central banks have confirmed the shift to accommodation

Bond markets sent out very negative signals for the global economic picture in August. We saw an across the-board and significant drop in real yields across the world. German bond yields hit record lows across the curve. Among disturbing signs, we would underline the inversion of the US yield curve. Falling bond yields reflect investors’ skepticism about global growth. Indeed, inflation expectations are very low, and investors expect central banks will be more accommodative in the coming months. Is the cycle finally reaching its end? No, we do not think so. However, we are in a new regime, where we expect slower global growth momentum, low inflation and highly accommodative monetary policy. Central banks’ latest meetings have confirmed this shift to a more accommodative stance. Let’s review the latest decisions, messages and guidance, starting with the Fed.

1. The FOMC delivered a second rate cut but moved to a “meeting-by-meeting” approach

As widely expected, at its September meeting the FOMC delivered a second 25 bp rate cut, following its first move announced in July. The Fed also lowered its IOER rate (interest paid on excess reserves), in order to anchor the Fed Funds rate within the target range, apparently a task recently becoming more challenging for the central bank. The Fed’s decision on rates was discounted by a broad consensus and fully priced into Fed funds futures; the move therefore failed to constitute a real market mover. Understandably, market players were more focused on forward guidance and its rationale. From that respect, however, the markets collected quite a few hints from Powell, as he refrained from giving indications on next moves on rates and from mentioning the mid-cycle adjustment case, he referred to as the rationale for the first cut in July FOMC. We assume that Powell’s “reticence” in giving clues about forward guidance comes from a sort of genuine uncertainty about the depth of the easing cycle and is probably due to two major reasons, which, by the way look, intertwined. The first one has to do with fundamentals, namely the still positive tone of US economy; the second one has to do with growing divisions among FOMC members about current and future decisions on rates. The second driver is probably dependent to some extent on the first.

Getting more into details of the two mentioned drivers, the still good performance by US economy, driven by solid contributions from consumption and the labor market, despite the weaker trend in investments and trade balance, clearly makes the case for further easing less compelling in the short-term. Chair Powell highlighted that weaknesses are at global levels (notably in Europe and China) while “the U.S. economy has continued to perform well.”

On the weaker consensus within the central bank, we see two points that are worth mentioning:

In light of this picture, Powell underlined that the Fed will act in a flexible way, taking a “meeting-by-meeting”, data-dependent approach that is also dependent on developments of geopolitical drivers of global confidence. At this stage, a step-by-step approach looks like the most viable one for the US central bank, as the Fed looks in a quite different position vs the ECB, which just delivered a package and forward guidance.

Overall, on rates the statement kept the easing bias through the usual message that the door remains open to further moves in case of need: “If the economy does turn down, a more extensive sequence of rate cuts is appropriate. It's not what we expect, but we would follow that if it became appropriate. In other words, we will continue to monitor these developments closely, and act as appropriate to ensure the expansion remains on track.” This message kept market expectations alive for further moves, now close to two more 25bp cuts in the next 12 months, mostly discounted to be delivered sooner than later, namely in the next six months.

The Fed will soon reassess the return to a balance sheet organic growth, targeting higher levels of liquidity

While the rate cut had been fully discounted and no major news came along with the forward guidance, the less consensual message from the FOMC was probably the one on its balance sheet. Powell hinted at a possible return to an expansion of the Fed balance sheet, resuming organic growth after the recent decision to anticipate the end of QT in July, instead of September. Following Powell’s remarks, other Fed members, such as vice-chairman Clarida, shared this view, subscribing to the opportunity to reassess the size of the balance sheet.

We assume that this opening to a rapid turn to the upside after the end of the normalization process is very likely in response to the recent spikes in repo rates and persistent tensions on the money market, potentially signalling that excess reserves should be higher than the current levels. In Q1 the Fed had already preannounced an earlier end to QT from year end to September (see March Cross Asset on this topic). As we know, one of the outcomes of the July FOMC meeting was to end QT even sooner than previously planned, starting two months earlier. And since early August the Fed has indeed turned to reinvest in full the redemptions arising from its QE portfolio. This move stabilized excess reserves to the current level, close to USD 1.3tn.

In the first months of the year Fed members were indicating a range between USD 1.0tn and USD 1.3tn for excess reserves as a level assumed to be consistent with keeping policy rates within the targeted range without unwanted volatility in short-term rates. Following the earlier QT end, volumes of excess reserves finally “landed” at the top of this range but it seems that this level of liquidity is not effective in avoiding tensions in money markets. We guess that this mainly has to do with the monetary policy turn on rates through the two cuts delivered at the last FOMC meetings. Balance sheet management is therefore likely going to be back in play, albeit this time with different aims with respect to the past. The objective will be to calibrate reserves consistently to the new level of rates, in order to keep accordingly abundant liquidity optimal levels, not to provide further stimulus to the economy.

2. The ECB delivered a full package

In the context of a more “prolonged sag” than expected in the Eurozone, the ECB delivered a full package of measures, including (1) a cut in the deposit rate facility of 10bp to -0.5%, (2) the introduction of a twotier system to preserve bank profitability, and (3) the reopening of the QE programme. Four important takeaways:

In order to preserve banks’ profitability, the ECB introduced a two-tier system for the remuneration of liquidity reserves. A part of banks’ holdings of excess liquidity will now be exempt from the negative deposit rate (six times the minimum reserve requirements). Overall, €1000bn of excess reserve liquidity will be taxed at -0.5%, and €800bn will be tax-exempt. These new measures will allow a 30% reduction in the cost of holding excess reserves. It is worth noting that tiering and Targeted Longer-Term Refinancing Operations (TLTROS) are very favourable for peripheral banks. The total exemption is higher/very close to the current amount of excess reserves for Italy, Spain, Portugal and Greece. Italian banks thus have the capacity to deposit an additional €40bn, according to our calculations, in excess reserves at the ECB at no cost

Unless otherwise stated, all information contained in this document is from Amundi Pioneer Asset Management (“Amundi Pioneer”) and is as of October 9, 2019. 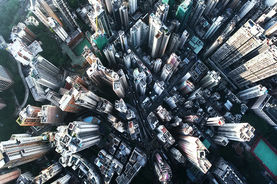 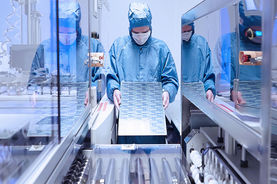 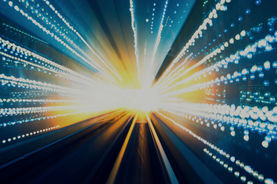