While in the short term we do expect some temporary relief coming from positive economic surprises and supportive news on the trade front (should coronavirus impact be limited), on a medium-term horizon our economic scenario confirms the fragility of the profit cycle.

Exceptional features of this cycle are lower growth due to trade war escalation, unprecedented low interest rates due to unconventional monetary policy and a fairly resilient labor market due to the strong domestic sector resilience. Notwithstanding these specificities, the 2020 is still compatible with a late cycle phase; but the most likely scenario for the end of 2021 is the transition into a correction phase

Growth: deceleration in United States and stabilization in Eurozone are confirmed. The profit cycle remains fragile

Real GDP growth is expected to gradually decelerate towards potential in the US (1.8% vs Fed 2%, q4/q4, with the growth driver mix becoming less broad based. While we maintain our opinion that the US consumer will post an “average” year, thus becoming the main engine of growth, investments will decelerate, in particular non-residential investments. Compared to our last update, we have revised up our expectations on residential investment performance, which will no longer be a drag on growth.

While for the US “normalization” will come from the top, the picture is more mixed for the Eurozone (EZ), with Germany and Italy improving their trend profile after their poor 2019 performance, while France remains close to potential and Spain is slowing down. The Eurozone as a whole is set to stabilize at potential, and currently there are few signs of accelerating momentum ahead. Indeed, the manufacturing PMI is still showing concern that a turn of the tide in the trade war escalation will not suffice to remove the drag on the sector.

Despite some short term relief, profits are still in the final phase of this cycle. A rebound in global trade is needed to prolong growth until 2021. Margins, which have been the key factor behind EPS growth for the past decade, may come under pressure due to higher ULC and high debt leverage, specifically in US corporates.

Inflation: Price dynamics are expected to keep their positive momentum during 2020 across the US and Eurozone

Price dynamics are expected to keep their positive momentum during 2020 across the US and EZ, although there are clearly differences between countries in terms of their proximity to the central bank target. Headline inflation in the US will move higher in the first part of 2020 and then decelerate into 2021, but the Fed’s preferred inflation gauge, the core PCE price index, will only gradually converge towards 2%. This gradual uptrend will be supported by a positive output gap, with unemployment well below NAIRU and ULC continuing to grow, although at a slower pace than seen in 2019; production prices in the pipeline will move higher too, in part as a result of the impact of tariffs implemented in the past. The consequent risk of margin reduction may prompt some final price increases, which will be acceptable for consumers who are still seeing their wages rise.

In the EZ, inflation dynamics remain on a slight uptrend but are far from the ECB’s target. Although the labor market broadly speaking remains strong, wage growth is not following the same trends everywhere and the inflation outlook remains weak and heterogeneous by country. In aggregate terms, wages will keep rising at a pace slightly slower than in 2019, but this will be offset by some improvements in productivity so that unit labor costs will grow but more slowly than in 2019 (though still above the average of last 5 years). Producer price growth should remain slightly below the pace of 2019. Overall, core inflation should remain supported but will hover far away from the target, without any major push as the economy grows at or slightly below potential.

The exceptional features of this cycle are lower growth due to trade war escalation, unprecedented low interest rates due to unconventional monetary policy and a fairly resilient labor market due to the strong domestic services sector.

On the fiscal front we do not expect any major push: in the US, according to the CBO, the deficit is projected to reach 4.6% of GDP (up from 4.5% in 2019), with debt held by the public increasing from 78.9% to 80.7%. In the Eurozone, it is currently difficult to foresee a major coordinated fiscal push, unless a major economic downturn occurs; we expect easing in the countries with more fiscal room, such as Germany and the Netherlands. Overall, according to the European Commission estimates, the aggregate deficit targets in 2020 should be around 0.9% of GDP (vs 0.8% in 2019), leading to further easing (looking at structural balance change, moving from -0.1% in 2019 to -0.2% of potential GDP). Debt to GDP (EA19) will move from 86.4% of GDP to 85.1% according to EU Commission estimates. Looking at recent developments, in Germany, the 2020 budget announces a 0.75% fiscal stimulus (measured as the decrease in structural surplus) through a large variety of tax and spending measures. However Germany has a recent history of not meeting fiscal expansion targets. The EC only factors in a 0.4% increase. The UK budget will be announced on 11 March: at the moment, estimates based on the September spending announcements, the planned change in budget rules (the new rule is a balanced current budget and up to 3% of GDP in investment spending) and the Tory electoral promises indicate a fiscal stimulus of just under 1% of GDP. In Japan, a sizable (EUR220 billion) economic package was announced to dodge contagion from the global economic slump. It also addressed the urgent need to replace infrastructure that has exceeded its service life. The measures are expected to boost GDP by 0.7% over the next two years. Emerging Markets are slowly moving towards a more expansionary fiscal stance. In December we saw the approval of bold budget laws for 2020, and Indonesia, Philippines and India announced larger expenditure plans. The Indian budget will be released on 1 February – fiscal figures released so far for FY20 are disappointing and fall short of the funding needed for more expenditure.

In developed markets we expect central banks to maintain their current accommodative stance, which is supportive to growth and made possible by an overall soft inflation outlook. Among the main emerging markets, central banks will maintain their easing bias but recent developments on the inflation front in a few countries may limit their room to maneuver.

DMs: The Fed will keep its easing bias despite moving to a more data dependent approach and we are penciling in another rate cut in 2020, in order to maintain accommodative financial conditions and to keep US growth on track. In the Eurozone, the ECB’s QE2 has just started and no major new measures are expected to be delivered in the short-term, especially in light of the ongoing strategic review, unless a material deterioration in the macro picture occurs. In the UK, provided the economy recovers and behaves broadly in line with the MPC’s projections, the likeliest approach will be to keep rates on hold over the next 12 months. Finally, in Japan we expect one rate cut by 10 bps in the next 12 months.

EMs: The PBoC’s accommodative stance is proceeding as expected, using every tool considered necessary. New higher-than-expected headline inflation figures will not prevent the central bank from maintaining its accommodative stance. In India, domestic economic activity indicators have started to show a mixed picture with a few green shoots in an overall depressing economic environment while inflation surprised on the upside, which will probably require a further upward revision in the RBI central case and further delay any policy rate decision in the short term. Further easing by the BCB was widely expected following constructive progress on the reforms side (pension reform in primis). As previously announced by the BCB, the current stage of the business cycle requires caution when considering possible new changes in the degree of stimulus. In Russia, inflation has receded and the CBR has mentioned the possibility of a further key rate reduction in the first half of 2020. With inflation remaining well behaved, we expect a total of two 25 bps cuts in the next twelve months.

Unless otherwise stated, all information contained in this document is from Amundi Pioneer Asset Management (“Amundi Pioneer”) and is as of February 14, 2020. 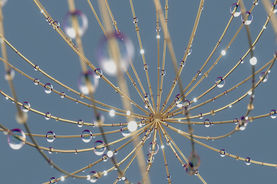 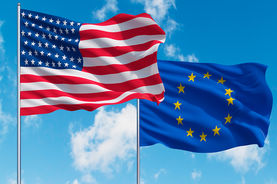