Gauging the US COVID-19 Recession

The US has entered a recession unlike any we have seen in modern history. It was not caused by surging oil prices, an overheating economy or the causes of the last three recessions that lead to major dislocations in asset prices.

The COVID-19 crisis, the first pandemic since the Spanish Flu of 1917-18, triggered this recession. The US economic recovery will be tied closely to our ability to “flatten the curve” and manage the health impact of the virus, as well as to revive economic activity.This article examines two potential scenarios by which the US might emerge from the current lockdown and the type of recovery we might see, whether it’s a U-shape, V-shape or hockey stick. The article also highlights macroeconomic guideposts that will help us determine the breadth and severity of this recession and identify signs of potential improvement.We do this by looking at traditional macroeconomic variables and non-traditional "Big Data," which we define as a large collection of data sets that can be analyzed to reveal patterns and/or trends.The social distancing and quarantining measures to tackle the pandemic crisis have effectively shut down the economy. According to the Bloomberg-weighted consensus, the US economy is forecast to decline -3.7% in Q1, then plunge -24.0% in Q2 before bouncing back in the second half of the year.

Suffice it to say, the economy is on target to suffer its worst recession since the Great Depression. With 94% of the economy under quarantine, we look at two scenarios for US emergence from this Pandemic Crisis.

Where do we go from here?

The first scenario is one in which COVID-19 cases peak in late April/early May, and people gradually return to work in staggered phases from May into Q3. We do not assume a breakthrough in viral treatments. We expect the service sector to lag manufacturing.

The second scenario assumes a second wave of infections that cause a partial lockdown in affected parts of the country. The second wave could occur relatively soon sometime in the summer or in the autumn as we approach winter.

We are in unchartered territory, so we are looking to countries that have seen a sharp rise in infections followed by a nationwide lockdown and a peaking in new cases. There are two countries we will follow to glean clues how the US recovery might unfold, China and Italy.

China was the first nation to experience the COVID-19 virus. However, given the draconian measures implemented by the government, it’s an imperfect comparison. Italy is a better fit for the US given the explosive pickup in infection cases and the initial uneven response to the virus. Italy is at least two weeks ahead of the US in reaching a peak in infection cases and starting to roll over.

Consumer confidence surveys in China and Italy were both gloomy, suggesting a prolonged U-shape recovery in consumption. A McKinsey consumer confidence survey of Italian consumers revealed spending expectations are lower across all categories except grocery and entertainment at home. Dining out and travel were particularly hard hit.

A Morgan Stanley/Alpha survey of Chinese consumers reported rates of visits to shopping malls and restaurants and participation in leisure activities during the first week of April were only 62%, 36% and 25%, respectively. This is particularly notable since Chinese infection cases peaked in early February.

If activity in Italy and China provides a window to what is in store for in the US, then it looks like a long road to recovery for US personal consumption. The manufacturing sector is likely to lead the recovery as supply chains are restored in China and more broadly in Asia.

With the US economy opening up, the impact from the monetary and fiscal stimulus will begin to have a stronger impact. Government spending will be the largest contributor to GDP, as spending as a percentage of GDP rises to its highest level since World War 2, at 33%. We should see a modest rebound in fixed investment and exports.

In the second scenario, an unexpected return of the virus deals a crushing blow to consumer confidence that was already fragile, but prevents any material rebound in consumption. The hit to growth would be smaller compared to what is projected for Q2, but the risks of a contraction are high. Grocery, pharmaceutical, deliveries and online streaming continue to provide growth in the economy.

There would be sporadic activity on the industrial side of the economy. The uncertainty of the Pandemic crisis will hurt fixed investment and exports. Government spending will continue to drive growth as we continue to see more fiscal stimulus packages.

There are three potential scenarios for a US economic recovery: U-shape, V-shape, or hockey stick. Our base case scenario is a U-shaped recovery. Given the total collapse in demand, it will take time for the economy to recover from this dramatic shock to the economy. The dynamics of this recession suggest a demand shock rather than a supply shock, which does not favor a V-shaped or hockey stick recovery.

A supply chain disruption can cause a short-term hit to output, but once the disruption is restored, pent-up demand should lead to a quick bounce-back in activity. However, demand destruction across so many sectors -- dining, accommodation, travel, energy, manufacturing, services, small businesses -- will not lead to a rapid bounce-back because that lost demand cannot be made up. Furthermore, improvement may occur gradually as new health measures are adopted, allowing more normal activity to resume.

To help us determine the type of recovery, we are monitoring traditional macroeconomic measures and newer Big Data economic indicators.

We are monitoring the following the traditional macroeconomic factors in our dashboard (Table 1).

We are now adding Big Data or Alternative Data to our dashboard (Table 1).

We expect the US to come out of its sudden and deep recession in Q3, if the peak in COVID-19 cases is reached in late April/early May, with the economy opening up and beginning a U-shaped recovery soon after. We will monitor on a regular basis our dashboard of economic indicators to gauge the severity and breadth of the recession. 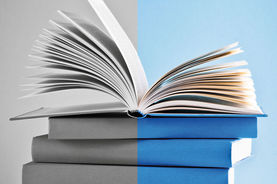 Learn the rules, so you can break them

One crucial consequence of this crisis is the vanishing - and probably for long - of most established economic rules. 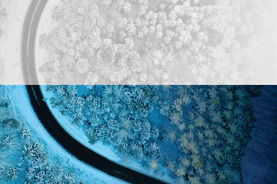 Covid-19: the Invisible Hand Pointing Investors down the Road to the '70s

In this unprecedented time of high uncertainty from a sanitary and economic perspective, the different drivers at play are moving in different directions. 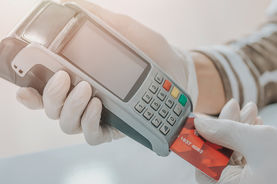 State of the US Consumer: Weakened but Resilient

As the US plunges into its worst recession in the post-WW2 era, we examine three key questions.